A Little Balm and a Little Honey

On Sunday, April 29th, 2018, Harvey Riehl-Tonn shared a message with Lifespring Church during our Celebration Service. Sadly the recording of the message did not come out clearly enough to be posted, but it was a message worth mentioning and remembering!

A Little Balm and a little Honey

We all know the story of Joseph… he was sold as a slave to Egypt by his brothers. Then after many years as a slave and a prisoner, he was appointed to govern the land as second in command by Pharaoh himself. We all know the story of how, with Pharaoh’s authority, Joseph built a huge reserve of grain that was collected over the seven years of plenty in order to prepare for the seven devastating years of scarcity that would follow.

One day Joseph’s father sent ten of his sons, keeping the youngest one, Benjamin, back. The brothers went to Egypt and encountered Joseph (not knowing it was their brother).  We all know of the way Joseph dealt with his brothers to get the information he had wanted about his father and his brother Benjamin. Eventually Benjamin also stood before Joseph. He could not keep his secret much longer and revealed his true identity to his brothers.

When Joseph’s father sent Benjamin on the return trip to Egypt it was with fear and trembling that he would never see his son again. He did not send them empty-handed. He sent them with gifts… a little balm and a little honey.

“Then their father Israel said to them, ‘If it must be, then do this; put some of the best products of the land in your bags and take the down to the man as a gift – a little balm and a little honey . . . . And may God Almighty grant you mercy before the man so that he will let your brother and Benjamin come back with you.’”

BALM (ref. Biblestudytools.com, “Balm”) … is “the gum of a tree growing in Gilead which is very precious”. It was extracted form a certain tree tpyed often referenced as ‘Balsam’ . Processes of extraction was to make small cuts in the outer appendages of the plant to cause the sap to flow and exude. It was then collected and placed in small tin boxes and sold as a commodity to travelers and consumers. It is also referred to as the “Balm of Gilead, or Meccabalsam”. it has a most fragrant smell, which is resinous, balsamic and very agreeable.’” It could also be used as a applied medication.

HONEY (ref. Biblestudytools.com, “Honey”) “In Old Testament times . . . honey was rare enough to be considered a luxury”. “The ancients used honey instead of sugar” and was considered “among the chief dainties.” It was also an immediate energy source, which proved helpful at times when ones strength was faltering and was in need of immediate rejuvenation.

Horst Doberstein shared this message in my hearing about 27 years ago. I felt as if he spoke directly to me as I was just starting out as a young youth pastor in Toronto. He must have turned to me and looked at me no less than 20 times and said “Harvey, don’t forget to take a little balm and a little honey”. Why did he do that? Pastor Horst was the closest thing to me with that apostolic-like ministry. When he spoke, I listened! And I still remember all these years later.

This might imply that I am not the sharpest tool in the shed, or it may be that his message was a seed planted in my mind that was meant to take a long time to germinate to produce a yield . . . for you. Today, you, Lifespring Church, need a little balm and a little honey.

Balm and honey are gifts to the soul at a time of crisis, in the life of a church, at least, that is the implication from Pastor Horst’s message to me . . . and to you. Pastor Horst realized, as the apostles did in the New Testament, that local churches are prone to struggles that cause difficulties in leadership, discord, and opposition instead of a singular body of unity and love.

Lifespring Church, you’ve been a little scraped up and bruised: you lost Pastor George, you have lost Mikael, people have left, and you may be feeling confused, angry, afraid.

You need a little balm … in this case, in the form of:

Do you have that energy? OF COURSE NOT! You need a little honey to be is re-energized. Honey, in this case, in the form of:

In conclusion, we who have stayed, and they who have gone, all need a little balm and a little honey. God is good to provided that which is needed. We are all the body of Christ, whether we worship in the same church or different ones, we are His children and He loves and cares for us all.  May God bless His word in our hearts.

You may also enjoy reading... 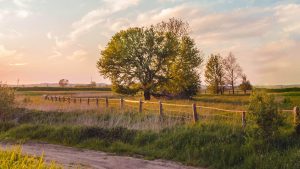 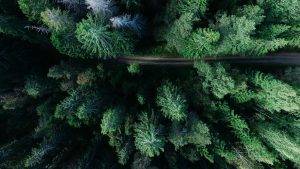 When I’m Not Me Anymore 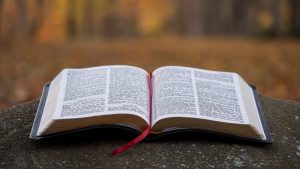